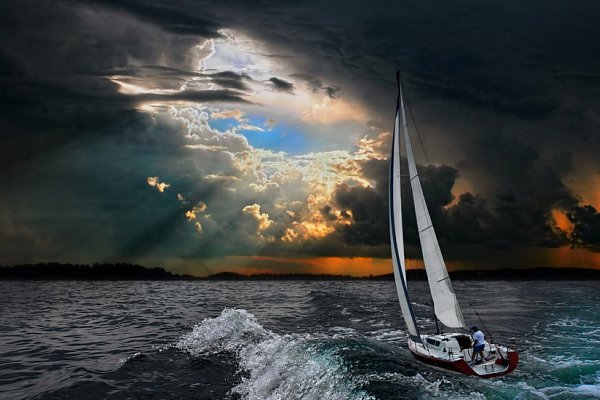 Bitcoin experienced a sharp rally at the end of 2016 that continued into the New Year with the price of bitcoin peaking at $1,153.86 on January 5 according to BitcoinAverage. This rally has put bitcoin back into the public light, with global media reporting on bitcoin and once again asking questions about regulation, bitcoin as an investment, and the possible future of bitcoin and digital currencies.

Within 48 hours of bitcoin reaching its three-year high, the price of bitcoin dropped by 28 percent, from around $1,150 to a low of $830, giving investors a stern reminder that digital currencies are an extremely volatile asset class.

Throughout last week, the People’s Bank of China (PBOC) had meetings with leading Chinese bitcoin exchanges OKCoin, Huobi and BTCC to remind them “to conduct self-examination based on related laws and correct any possible irregularities” and to “operate strictly in accordance with the laws and regulations of China.” The PBOC then went on to issue a warning to the general public, highlighting the risks involved in investing in bitcoin and other digital currencies and stating that Chinese citizens “should invest with rationale in bitcoin.”

The initial drop from its three-year high was most likely driven by profit-taking from larger investors and a strengthening Yuan. As the price of bitcoin had already dropped before the PBOC’s statement was issued, the word that exchanges were called in by the Chinese central bank to discuss bitcoin’s price development and volatility may have gotten out and led the price to drop further. Following the meetings, the PBOC’s latest comments regarding the digital currency gave it a final push lower before it recovered again around the $900 mark.

While the price of bitcoin reacted negatively to the PBOC’s statement, the reality is that it should actually be viewed as bitcoin-positive. The Chinese regulator meeting with leading exchanges to discuss better regulation and stricter operational controls is sending a clear signal that bitcoin is being accepted as an investable virtual asset.

The price of bitcoin, however, took another dive on January 11th when it was made public that the Chinese central bank made on-site inspections at the three leading bitcoin exchanges to investigate potential market manipulation, unauthorized financing and money laundering. This news sent the price of bitcoin plummeting from around $917 to a low of $761 in the 24 hours to follow.

While bitcoin is not considered legal tender, according to the PBOC, it is recognized as a virtual asset and there are no regulatory or legal restrictions when it comes to investing in bitcoin in China.

Interestingly, in the last few weeks, we were able to witness almost the same bitcoin bull market as in late 2013, when bitcoin hit its all-time high of $1,216.73 on the now-defunct bitcoin exchange Mt. Gox.

Throughout the second half of 2016, the price of bitcoin rallied due to a genuine increase in demand from China, India and other emerging markets. Then the mass media took notice, fuelling the rally further to give it a bubble-like feeling, and then, as happens in bull markets, newer, less-experienced investors entered the market to get their share of the “gold rush.” Then the PBOC issued a warning to the public about the riskiness of bitcoin investing, and the rally came to an abrupt halt.

Back in 2013, bitcoin’s impressive rally from $133 in September to $1,216 in mid-November was also put to a halt by the Chinese authorities when the PBOC issued a joint statement with the Ministry of Industry and Information Technology and other financial regulators, warning Chinese banks and payment companies away from dealing with bitcoin. This action subsequently led to a steep drop in bitcoin’s price from over $1,000 to $450 within six months.

Given that over 90 percent of bitcoin trading activity occurs on Chinese exchanges, the People’s Republic and its authorities’ statements and actions will always be a key bitcoin price driver that digital currency investors need to keep a close eye on.

The price drop was further exacerbated by the Mt. Gox hack in February 2014, which led to the bankruptcy of the exchange and the loss of $460 million worth of bitcoins. The Japanese exchange was one of the largest exchanges in the world at that time. Following the announcement of the size of the hack, many bitcoin investors sold their holdings in anticipation of the hacker flooding the market with coins to turn his or her stolen coins back into fiat currency. This led to the price of bitcoin moving another leg lower in the months to follow. Perhaps even more damaging were the security concerns surrounding bitcoin trading; the negative fallout left a dark shadow on the digital currency for many months to come.

Thus far, however, there is no reason to believe that another Mt. Gox–like disaster will befall bitcoin in the wake of this most recent price rise and fall.

The real challenge as a bitcoin investor is to determine bitcoin’s fair value. In the traditional financial industry, there are financial models and ratios that are used to assess the fair value of a financial asset. In the digital currency space, such models also exist. However, these models use inputs based on vague assumptions that make them unreliable to the extent that there is not much point in basing your investment decisions on them.

For example, the model used to assess the value of bitcoin back in 2013 by investment bank Merrill Lynch suggested that bitcoin’s fair value should be $1,300 and its market capitalization should be around at $15 billion. While this prediction doesn’t actually seem too far off today, the underlying input assumptions for this model included that bitcoin will be used for 10 percent of global online shopping transactions, which would account for a market cap of around $5 billion. Furthermore, it made the assumption that bitcoin would take a substantial market share from leading money transfer operators Western Union and MoneyGram and, therefore, increase its market share roughly to the market capitalization of these companies, which lay at around $4.5 billion at the time of the report. The model further assumed that the velocity of money globally will be at the same level as the U.S. 10-year average from 2003 to 2013, 0.04, and that bitcoin will eventually reach the same recognition as a store of value as silver, which added another $5 billion of market cap. This is how the $15 billion market capitalization was calculated and the value of $1,300 determined.

As we know today, these assumptions were incorrect as bitcoin is nowhere near being used for 10 percent of online transactions, nor is it in any real way a competitor to the large money transfer operators. Nonetheless, its market capitalization has surpassed that suggested by Merrill Lynch, and it is looking more likely that the price of bitcoin will greatly surpass their price target.

An example of this type of bitcoin fair price model would be the model created by Joseph C. Wang that aims to derive bitcoin’s value from the economic equation of exchange. Wang argues that the value of bitcoin “will be almost solely determined by the willingness of bitcoin holders to pull bitcoin out of circulation” as opposed to its increase in circulation as a spending currency. However, Wang cautions about the correctness of his model, as it will need to be proven by “future empirical observations in the bitcoin market,” and thereby he reiterates the difficulty of determining the fair value of bitcoin with any level of accuracy.

So Is Now a Good Time to Buy or Not?

The best way to approach bitcoin from an investment point of view is to consider it like any other high-risk investment since it is effectively impossible to determine its fair value. Hence, only invest as much as you can afford to lose. The reality is that despite bitcoin’s recent rally, it can also lose half its value within a matter of months, as we witnessed back in 2014.

Many argue that things are different now as the bitcoin economy is much bigger, the ecosystem surrounding bitcoin is much more stable and regulators have taken a more positive stance toward bitcoin than they did originally. While these are all valid points, the reality is that no one really knows what the fair value of bitcoin should be and whether the price increase is driven by actual demand for a transactional currency or purely by speculators looking to take advantage of short- to medium-term price jumps.

Bitcoin is still in its infancy and its future is still uncertain. Both these factors are reflected in its price and its regular clusters of aggressive volatility. If you are a risk-loving investor and believe in the long-term potential of bitcoin, then it doesn’t make much of a difference whether you buy today or tomorrow, as the future price of bitcoin could be a multiple of today’s price — or not.

The post Bitcoin Volatility Reminds Investors About the Reality of Investing in Digital Currencies appeared first on Bitcoin Magazine.