Which Altcoins Are Implementing SegWit? 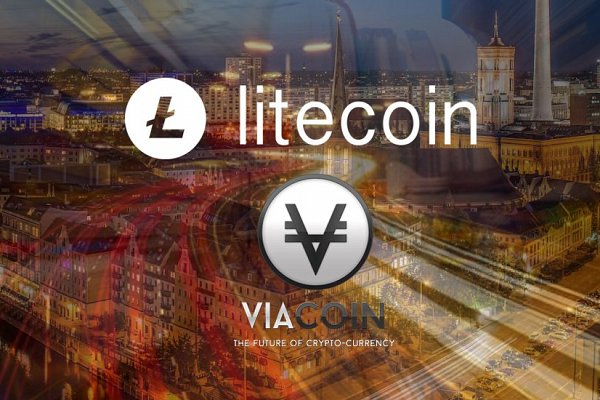 SegregatedWitness (SegWit) — the proposed upgrade to the Bitcoin protocol developed by the Bitcoin Core developers — is still far from activation. Requiring 95 percent of hash power to signal support for the solution, miner-adoption has seemingly stagnated at around 25 percent for now.

But, of course, SegWit’s open source code is out there. As such, altcoins based on Bitcoin’s codebase can take the code and implement the solution. Indeed, at least two altcoins are adopting SegWit: Litecoin and Viacoin.

And it looks as if SegWit may activate on one of these altcoins before it’s live on the Bitcoin network.

While most agree that SegWit is generally a beneficial change to the Bitcoin protocol, some dispute that rolling out the upgrade as a soft fork is the best way forward. While a soft fork offers backwards compatibility and decreases the chance of a coin split, a hard fork can be slightly “cleaner” from a code perspective.

Charlie Lee is the inventor of Litecoin, one of the oldest altcoins and still the most valuable Bitcoin fork. Speaking to Bitcoin Magazine, Lee said he prefers SegWit as a soft fork, both for Bitcoin and Litecoin.

“I think Bitcoin Core is making the right trade-off to do SegWit as a soft fork,” Lee said. “It’s a good balance between the hard fork risk and adding code complexity and code debt. For Litecoin, a hard fork is less risky because the community is smaller. So, if coming from a blank slate, it makes sense to do SegWit as a hard fork. But, it would cause Litecoin code to be less maintainable if it diverges from Bitcoin too much.”

Currently placed at 121 on the CoinMarketCap digital currency index, Viacoin is a relatively small digital currency, but one with a notable history: Bitcoin Core developers BtcDrak and Peter Todd were previously involved with the project. Viacoin is now led by Romano, a Dutch programmer who prefers his surname to remain unknown.

Speaking to Bitcoin Magazine, Romano said SegWit’s complexity is being exaggerated, and thinks the soft fork approach should work fine.

“SegWit itself is very simple,” Romano said. “A huge amount of the patchset are actually tests. There are other ancillary changes — for example to the peer-to-peer layer for compact block relay and peering — but SegWit is concise and easy to understand. It will also provide a much cleaner method of upgrading the scripting language after activation.”

As perhaps the best known benefit, SegWit is set to offer an effective doubling of the block size limit — in Bitcoin’s case from one to about two megabytes (per ten minutes). Any altcoin that implements SegWit would gain a similar benefit; whatever block size limit it now has will be roughly doubled.

However, this is probably also the least useful feature for most altcoins. All altcoins experience a much lower transaction volume than Bitcoin currently does; there is usually very little need for a block size limit increase at all.

Regardless, Romano pointed out that SegWit offers morebenefits than just increased throughput.

“SegWit’s main purpose isn’t a capacity increase,” he said. “It’s fixing malleability, and making scripting more easy to upgrade, as well. And it also fixes some long-standing issues, like quadratic hashing. A bigger block size limit is a nice extra, but I think SegWit has merit all by itself. Once malleability is fixed, much more exciting things will be possible, like atomic swaps, bi-directional payment channels, and lightning networks.”

Lee, who is also Director of Engineering at Coinbase, agreed that SegWit will benefit Litecoin even if the effective block size limit increase proves irrelevant. Like Romano, Lee also pointed out that SegWit-enabled lightning networks could increase his coin’s interoperability with Bitcoin.

“SegWit is mostly not a scalability feature. Scalability is a side benefit. Lightning networks require a malleability fix, and lightning networks will allow atomic cross-chain transactions. This would allow you to send litecoin on one end and receive bitcoin on the other end,” Lee explained.

Litecoin as well as Viacoin may see SegWit live on their networks even before Bitcoin. Both have a SegWit release scheduled in a couple of weeks from now, possibly before the end of the year. And while both Lee and Romano agree that implementing SegWit is not that difficult, code review can take some time.

Furthermore, not unlike Bitcoin, the real challenge may be to get the community — and most importantly the miners — to adopt the change. While activation details differ slightly from coin to coin, SegWit will in each case ultimately require 95 percent hash power support.

For Viacoin, which previously activated the CheckLockTimeVerify soft fork before Bitcoin did, Romano is hopeful the community may be quick to adopt this upgrade as well.

“Viacoin has a smaller mining community, which could prove to be a benefit,” he said. “I think everyone is excited to see SegWit activated on Viacoin. But, of course, it is up to the ecosystem to adopt it.”

That said, one of the biggest mining pools on the Viacoin network is F2Pool. Also active on the Bitcoin network, the Chinese pool currently isn’t signaling support for SegWit. When recently asked by Bitcoin Magazine, F2Pool operator Wang Chun indicated it may take until spring before he signals support for SegWit on Bitcoin.

For Litecoin, moreover, several of the major pools required for the upgrade’s success are the same pools active on the Bitcoin network. This once again includes F2Pool, and also BW Pool and AntPool — none of which are currently signaling support for SegWit on Bitcoin.

But according to Lee, who is currently discussing SegWit support with the miners, there is a chance they will signal support for the upgrade on Litecoin. And — as the “silver to bitcoin’s gold” — succesful SegWit activation on Litecoin may even help convince Bitcoin miners to activate it on Bitcoin as well, Lee hopes.

“One of the goals of Litecoin is to help experiment with things that are too hard to experiment with on Bitcoin,” Lee said. “Unfortunately, Bitcoin is deadlocked with SegWit versus Bitcoin Unlimited. I want to see Litecoin help break that deadlock in one way or another. That means we have to take a risk: if SegWit activates on Litecoin but doesn’t on Bitcoin after a year, our codebase could be very different. I’m willing to take this risk to help move things forward: for Litecoin, Bitcoin and cryptocurrency in general.”

The post Which Altcoins Are Implementing SegWit? appeared first on Bitcoin Magazine.