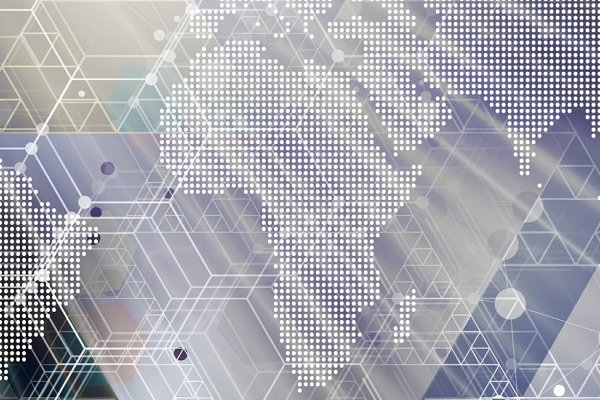 Africa, the continent with the most countries in the world and 54 currencies could benefit immensely from more digital currency and blockchain education. I am fortunate enough to live in one of Africa’s advanced economies, South Africa, where I am based in Johannesburg, the continent’s pride and joy. This is where thousands of Africans migrate every year from all over the continent to earn a living. The city has every first world facility you can think of — like high speed trains, world-class airports and some of the globe’s best sporting facilities. It was the only city in Africa to host a FIFA World Cup Final in 2010. It’s sad that, despite this, African people still know very little of digital currencies and blockchain — even bitcoin, which has been in existence over seven years now.

I interviewed Zimbabwean immigrant Lovemore Tavengwa at the bustling Johannesburg park station in the city centre where he works as a hawker, wanting to know about how he and other Zimbabweans send money to their loved ones back home.

“It’s a tough situation,” Tavengwa laments. His country uses the U.S. dollar, South African rand and the Chinese yuan as currencies. “You see, most of us are unbanked in South Africa and in Zimbabwe. So we use payment methods like Western Union and others. The problem is the fees are high. So the best thing for us is to carry the cash when we go home, or ask a bus driver or anyone going home to courier it for us. This has resulted in monies being lost along the way.”

When I asked if he knew anything about bitcoin, he said he had little knowledge and believed bitcoin was used only to participate in Ponzi schemes. ”I’m still skeptical about that,” he said. He did, however, tell me that he would welcome any payment method that would ensure his loved ones received their money safely and quickly.

Tavengwa is not the only one who is still misinformed about bitcoin and how it works. Most people in South Africa and the rest of Africa are still in the dark about it, from university students to professionals. I’ve asked people in shopping malls, gyms and churches about their knowledge of bitcoin and discovered that a vast majority of them didn’t have any idea what I was talking about.

It’s not all doom and gloom though. South African startup Bitbuybit, based in the capital city of Tshwane/Pretoria, is seeing an increase in bitcoin awareness. Established in May 2015, Bitbuybit is an educational programme designed to educate the general population of South Africa and its neighboring countries keen to learn more about bitcoin and other digital currencies. I spoke to its founder, Reuel Leach, who also runs South Africa’s first bitcoin shop.

“It’s all about educating people about bitcoin,” Leach enthused. “When we started, we attracted interest from a variety of people. There were entrepreneurs who were just interested in making money out of bitcoin when it gains value. We also had people who were enticed to join Ponzi schemes using the currency, but had no idea of how it works, and there those who just wanted to learn,” he said. “Soon the auditoriums were packed, week in, week out, and we were overwhelmed by interest from the media and people in general who wanted to know just how legitimate the digital currency is.”

And then there is BitPesa, a universal payment and trading platform founded in Nairobi, Kenya, in 2013. Focusing on business-to-business customers, it allows users to convert digital currencies, such as bitcoin, into local currencies. BitPesa now operates in Kenya, Nigeria, Uganda and Tanzania. Anyone in these countries can trade with businesses around the globe using BitPesa.

Developments like BitPesa and Bitmari, which allows users to trade with each other in their native languages while helping female farmers in Zimbabwe, are indeed beacons of hope for Africa.

We need, however, more awareness campaigns to educate people about bitcoin. The African continent needs needs more initiatives like the Blockchain & Bitcoin Africa Conference, which held its inaugural event in Cape Town in 2015. With the Bitcoin ecospace now safer than before — with the availability of bitcoin safes like Trezor, for instance — I don’t see a reason why we shouldn’t adopt bitcoin for use in large numbers.

Former South African president, Thabo Mbeki, an economist and a staunch proponent of ideas for an African Renaissance, once suggested that Africa should develop its own currency, which could be used in all African states like the euro is used in Europe. This was welcomed as a brilliant idea by many, but never came to fruition. Now, I’m not suggesting bitcoin be the “African currency,” but if it were, it would improve millions of lives on the continent and create opportunities.

This op-ed is a guest post by Zama Dyani. The views expressed are his own and do not necessarily represent those of Bitcoin Magazine.