Op Ed: Here’s Why the Bitcoin Price Skyrocketed in 2016 Despite Scalability Concerns 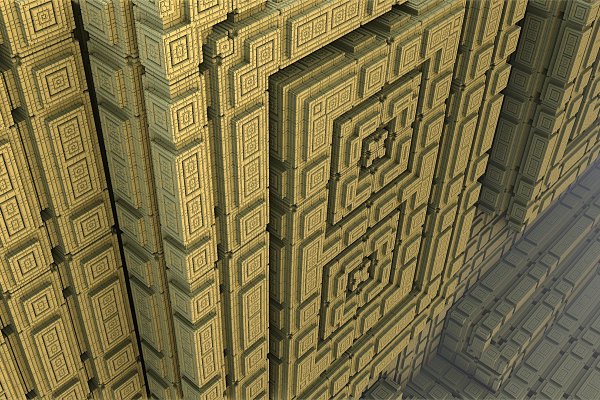 For the past two years, the main topic of conversation in the Bitcoin community has been the scalability debate. While the peer-to-peer digital currency system processes more than 300,000 on-blockchain transactions per day and recently reached an $18 billion market cap for the first time, the path toward scaling this system to a global economy over the long-term is sometimes seen as unclear.

Maxwell’s plan includes a variety of changes to the protocol to improve the usefulness of various second-layer approaches to scaling Bitcoin, such as the lightning network. The most recent improvement released as part of this scaling roadmap is called Segregated Witness, and it includes an effective doubling of Bitcoin’s block-size limit.

There were a number of other proposals made for scaling Bitcoin over the years, and at least one developer, Mike Hearn, left the project entirely after his preferred solution was not implemented by the Bitcoin community. In a widely circulated blog post published roughly one year ago, Hearn claimed that the Bitcoin experiment had failed.

In the time since Hearn’s departure, which BitTorrent creator Bram Cohen referred to as a “whiny ragequit,” the bitcoin price has nearly doubled.

One of the main reasons Hearn referred to Bitcoin as a failed experiment had to do with network congestion. The effective limit on the number of transactions that the Bitcoin network can process has not been raised, and blocks were effectively full with a backlog of pending transactions on more than one occasion this past year.

Some in the Bitcoin community believed this network congestion would effectively block new people from entering the Bitcoin ecosystem or at least turn off new users via higher fees and longer payment confirmation times.

It’s likely true that at least a few potential new users decided not to use Bitcoin in 2016 because of the perceived issues associated with full blocks. The reason the bitcoin price continued to rise in 2016 despite this network congestion may have to do with the fact that those who are using bitcoin primarily as a store of value aren’t much affected by network congestion.

After all, in order to use bitcoin as a store of value, users technically only need to complete two transactions, potentially years apart: one for buying the bitcoins and one for selling the bitcoins. Those who decide to take $1 million and put it into bitcoin are the ones who have the greatest effect on the price. Those who are simply transacting via the Bitcoin network as a payment rails will have a buy and sell order on both sides of their transactions, which therefore has a marginal effect on the overall price.

Those Who Need Bitcoin Are Willing to Pay Higher Fees

Outside of use for philosophical reasons, there still aren’t many use cases for Bitcoin. Having said that, the use cases that do exist usually involve situations where there is simply no other solution on the market. For these use cases, demand for Bitcoin tends to be inelastic. This isn’t to say there aren’t some transactional use cases of Bitcoin that are being priced out by higher fees.

For example, someone who has been victimized by a hacker by way of ransomware has no option other than Bitcoin to make that ransom payment. If the ransomware victim feels he or she has to make the ransom payment in order to regain access to their files, then they aren’t too concerned with what type of fee will need to be attached to their payment (within practical limits).

Those who view bitcoin as a store of value also fall under this category as there is no competition with bitcoin in the “digital gold” market. Yes, alternative digital currencies exist, but they have roughly zero non-speculative use cases and they’re often viewed as nothing more than testnets for Bitcoin. For this reason, Bloq Economist Paul Sztorc refers to them as “testnet scams.” Anyone who wants to use an algorithmically controlled store of value will need to pay the necessary fees to gain access to the bitcoin tokens.

Although clear, reliable Bitcoin user statistics can be difficult to analyze, there are indications that most people use bitcoin as a store of value. Having said that, it still makes sense to make improvements to make sure bitcoin also works well as a medium of exchange. Although bitcoin could do quite well as a store of value that is somewhat difficult to move around, a large amount of value can be added by helping the technology fulfill its original, overstated promise of free, instant and anonymous online transactions.

There is a variety of potential solutions in the works when it comes to fulfilling these key aspects of bitcoin as a digital bearer asset, and many of them were on display at the Scaling Bitcoin workshop in October. The most helpful advancements may be the ones that are able to improve scalability and user privacy at the same time, such as lightning networks or TumbleBit.

Adding new features to Bitcoin can be extremely difficult when it is supposed to be an apolitical, algorithmic store of value. For this reason, privacy and scalability improvements are rolled out in a backward-compatible manner in a process known as a soft fork.

Hard forks, or changes that are incompatible with Bitcoin’s current consensus rules, may also be possible, but some investors, such as Needham & Company, are concerned with the potential negative effects a split of the network into two separate assets could have on the perception of bitcoin as a digital gold.

This is an op-ed by Kyle Torpey. The views expressed are his own and do not necessarily represent those of Bitcoin Magazine.

The post Op Ed: Here’s Why the Bitcoin Price Skyrocketed in 2016 Despite Scalability Concerns appeared first on Bitcoin Magazine.