Op Ed: The Fourth Industrial Revolution: Blockchain Tech and the Integration of Trust 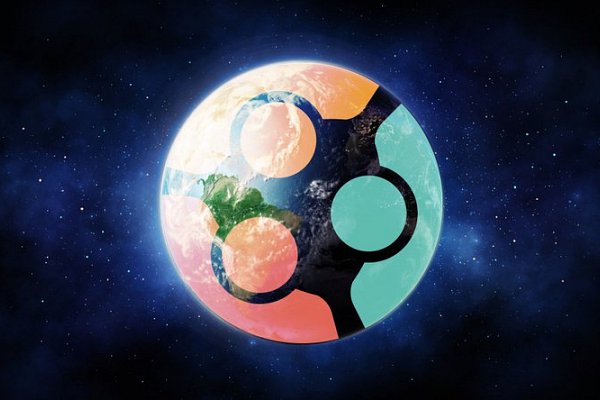 In the very beginning, blockchain technology was thought to be the next generation of fintech infrastructure. The characteristics, including its inherent distributed nature, trustless consensus mechanisms and reliability, as well as the fact that it makes data publicly available, have made banking institutions around the world eager to change their backend systems to use blockchain technology.

Blockchain technology’s high efficiency, low costs and high security have been discussed and explored by various industry experts and intellectuals. This globally recognized disruptive new technology is continuously being examined,researched and applied to create new business models and regulatory services with cooperative thinking. Its globally efficient cooperation method has been bringing the cost of verification and trust down to a minimum.

Cooperation is not a new idea. In agricultural societies, farmers typically ask for the help of their neighbors, whether for advice or manual labor. After working together, the bounty of everyone’s efforts gets distributed. This type of employment relationship is one of the simplest coordination mechanisms, resulting in everybody benefiting and sharing resources. Cooperation solves many fundamental problems regarding productivity, distribution and consensus of a group. At the same time, this collaboration allows us to discover potential benefits of shared work and promotes institutional change.

Industrial societies cooperate differently compared to agricultural societies. A factory, for example, does not have to produce all the components. Management can focus on purchasing and delegate complete workflow procedures to a professional company through to final assembly. Throughout these processes, rules and systems are necessary to coordinate and balance developed societies. Together these fundamentals promote efficiency, trust and trade. Coordination and collaboration become structural elements and support forward progress in industries. Working in unison leads to more market strength and adaptability.

Knowledge is the next paradigm in trust and collaboration. Providing additional verifiable and transparent information leads to greater cooperation and self-discipline. Blockchain technology can be used to solve collaborative problems. A blockchain trust service platform can be utilized instead of older methods involving high-cost intermediary trust providers, and thus lower the costs of goods and services.

If the ideas of multiple cooperative organizations can be agreed upon by consensus, many global issues may be solved.

The Cost of Trust

Paul Zak, an economics professor at Claremont University in California, found that trust encourages investment and can reduce transaction fees. In societies where there are low levels of financial and organizational trust, a large proportion of the population will have a lower economic standing.

Looking at the European economy, various surveys show that more than 70 percent of Germans no longer have trust in the Euro market and a staggering 40 percent of Germans would rather have Marks back in their wallets. However, if they were to switch back to Marks, according to the Swiss Bank Corporation, Germany would lose €6,000–8,000 per person in the first year, which would equal to a GDP decrease of 20–25 percent. After the initial downturn, a further €3,500–4,500 loss per person would be expected in the following years.

Similarly, if Greece or other weak economically performing countries exited the European Union, they could also expect their residents to sustain losses of €9,500–11,500 per year. During the same time frame, overall GDP would decrease 40–50 percent. Since last year, the British Pound has lost over 15 percent of its value compared to the dollar, and an exit from the European Union is still not certain.

It is possible that in the next few years, due to ongoing economic instability and eroding trust in the financial sector, that we could see banks and international trading systems crash. The world’s oldest operating bank, Italy’s Monte dei Paschi di Siena, was recently bailed out by Italy to prevent its failure. Additionally, sovereign debt and both business and personal bankruptcy-filing increases could potentially lead to losses of €3,000–4,000 per person. Swiss Bank analysts believe that a one-time assistance payment of €1,000 per person may be a better solution than the current practices being put forward in debt crises.

After a tainted milk powder incident in China, the dairy industry encountered an unprecedented loss of consumer confidence, which came at a high cost to the Mengniu Group. Due to this lack of trust in milk products and affiliated companies, the industry has been forced to spend additional funds to improve consumer confidence.

Mengniu sales and distribution costs in 2007 totaled over 3.302 billion yuan and in 2008 topped 4.428 billion yuan. The cost of advertising and promotion grew by 2.1 percent to 9.3 percent. A significant portion of advertising funds went to rebuilding consumer trust. This incident may have happened many years ago; nevertheless, the dairy industry is still having to pay for additional advertising to keep consumer trust.

At times, world governments and global markets seem to be operating with two opposing systems. After many years of incompatibilities between markets and governments, we are starting to move out of the industrial age of the “us vs. them” method of thinking and are starting to use a multidimensional approach. This new approach focuses on establishing multiple collaborative relationships between people.

Trusted relationships are already in place and form connections between services on the internet just as they do in real life. However, the older trust-based systems are slow and require manual input. Blockchain technology improves the trust-transfer efficiency and lowers transaction costs. Using blockchains, we can solve the problem of trust verification and increase efficiency so that future transactions are seamless and efficient.

Blockchain technology has already been proven reliable, and the technology enables parties to provide confidence together in many different operations. Blockchains can keep business support costs low while still achieving the highest efficiency to achieve the ultimate goal.

Blockchain Technology in the Supply Chain

One area where we will continue to see blockchain technology grow in is the supply chain. Supply chains involve multiple stakeholders and industries such as suppliers, manufacturers and consumers, as well as huge multinational shipping and logistics companies, governments and financial institutions. Using blockchain technology to verify the product information and authenticity quickly can bring down the overall costs of trade and increase companies’ turnover rates.

In the past, both government and enterprises alike have attempted to solve the problems of product traceability and anti-counterfeiting. While some degree of success may have been achieved, time has proven again and again that counterfeiters and criminals can thwart the current anti-counterfeiting efforts.

Previous efforts using intermediary verification agencies have brought on their own problems. An intermediary verification service is limited in the amount of data collected during manufacturing, quality assurance, shipping and at the point of sale. If data is not collected or if it is entered incorrectly at any point of the chain, the entire chain of trust becomes unreliable.

Blockchain technology, as a distributed shared common database, radically reduces the cost of credibility and increases confidence in transactions. Previously, each step of the way toward the end users could potentially have incorrect information. Being able to verify quickly and without doubt that product quality control standards have been followed while at the same time being able to confirm shipping logistics, customs clearance and warehouse storage, blockchain technology removes many of the current hurdles involved in detailed, accurate record keeping.

At the same time, there are various complex, objective conditions that few enterprises can incorporate into their system modules. In the vast majority of cases, considering the cost, data security, maturity of upstream and downstream partners, IT systems and other objective conditions make it hard to obtain information from one location. They have to sacrifice efficiency and data consistency to achieve an “operability balance” in supply chain operations.

Blockchain technology offers the potential to create a universal platform that retains data for every enterprise, allowing information to flow easily and securely. In the traditional business world, a different enterprise system between suppliers and producers can make for huge expenses. It’s not unheard of for a vendor or producer to change their entire system to be compatible. However, a blockchain system like VeChain, for example, is designed to be an open, transparent system to achieve success across all market participants in both upstream and downstream stakeholders in the supply chain.

Interfaces to relevant data can be tailored to each company’s unique mandate to safeguard goods across all stages of the supply chain. Once the product reaches consumers, they only need to have an internet connection and a smartphone to receive complete, detailed and accurate information about their product, which also includes verification of its authenticity.

Blockchain technology used in the three elements of the supply chain, starting with logistics, information and even capital, can increase productivity, tracking and information sharing. When developing a platform of trust with the VeChain mechanism, the new system greatly increases productivity all while lowering costs. Blockchain technology can even lead to new business models.

Imagine this fourth industrial revolution; the basis of blockchain technology paired with the Internet of Things (IoT) can make any number of parties able to see the entire production chain from beginning to end. Each party can obtain verifiable and reliable data by taking advantage of the blockchain, which will bring more efficient global workflows and a lower cost for coordination between enterprises.

That is the next chapter of blockchain technology.

This op-ed is a guest post by DJ Qian. The views expressed are his own and do not necessarily represent those of Bitcoin Magazine.