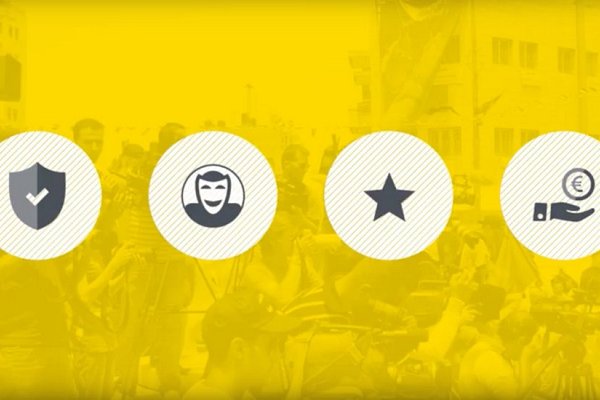 Publicism, a Dutch social enterprise established earlier this year, wants to leverage the potential of blockchain technology to guarantee press freedom. The initiative is backed by a €50,000 (~$52,000 U.S.) subsidy from the Dutch Journalism Fund (“Stimuleringsfonds voor de Journalistiek”), an organization supported by the country’s Ministry of Education, Culture and Science that seeks to stimulate the quality, diversity and independence of journalism.

Publicism is an initiative of three Dutch media veterans: Pieter Haasnoot, Annemieke Teune and John Oliveira. Concerned by the decline of press freedom around the globe, the team believes blockchain technology could be part of a solution to reverse this trend.

“Due to both technical as well as economic factors, freedom of the press is under siege all across the world. Technically, it’s relatively hard for journalists to keep their own data private, as well as data provided by their sources. Economically, a bigger share of the monetization pie ends up in the pockets of internet giants like Google or Facebook, rather than media companies to invest in investigative journalism.”

Perhaps most importantly, blockchains should be able to offer censorship resistant and immutable broadcasting tools. Of course, technologies like Tor and BitTorrent are out there as well, although “often not legal or not readily available for those who need them most,” Haasnoot said. “Utilizing the potential currently still requires quite a bit of technical know-how. We can do better.”

At the heart of the project, Publicism plans to make these tools easily available for journalists through a convenient dashboard. Publication of stories and also payments and ownership rights will be managed through this dashboard, all the while preserving anonymity for both journalists and their readers.

“Blockchain technology, or more specifically smart contracts, can be applied to realize micropayments,” Oliveira told Bitcoin Magazine. “Or to manage grants or crowdfunding from readers, donors or supporters who themselves wish to remain anonymous — with no need for middlemen.”

While the mission is clear, Haasnoot, Teune and Oliveira acknowledged they’re still in an exploratory phase to figure how how best to accomplish their goal. Launched as a part-time effort, Publicism has yet to fill in many of the specifics, both on conceptual as well as practical levels. The team recently partnered with World Press Photo and Radboud University Nijmegen to explore different options.

“We initially went in a bit naive, and were under the impression that many of the solutions were already out there — think of Decent or Steemit,” Haasnoot admitted. “As we learned more about this technology and these kinds of projects, we found that many of them were still trying to figure out the answers themselves, and several seemed primarily focused on making money from some kind of token-scheme.”

To turn Publicism into a real product, the team for now primarily focuses on Hyperledger, which Haasnoot, Teune and Oliveira consider a good environment for learning the basics of blockchain technology and experimenting. For future stages, Publicism may consider other blockchains, like Bitcoin, possibly in combination with the Ethereum-like Rootstock sidechain. A proof of concept for Publicism should be finished by February, while a minimum viable product is scheduled for July.

Publicism is open to tips or any other information that may be helpful to their cause. You can reach the team on info@publicism.nl.